Looking for something new to watch?

Take the STARZ start your free trial (SYFT)  quiz.  We can recommend the best movies and series for you to watch on the STARZ App!

STARZ  just announced their best offer of the year. Starting today, September 7th through October 5th new subscribers pay only $3/ month for 3 months. Heads up, Free trials will not be live during this time.

HEELS - The best series for you to watch on the STARZ App! 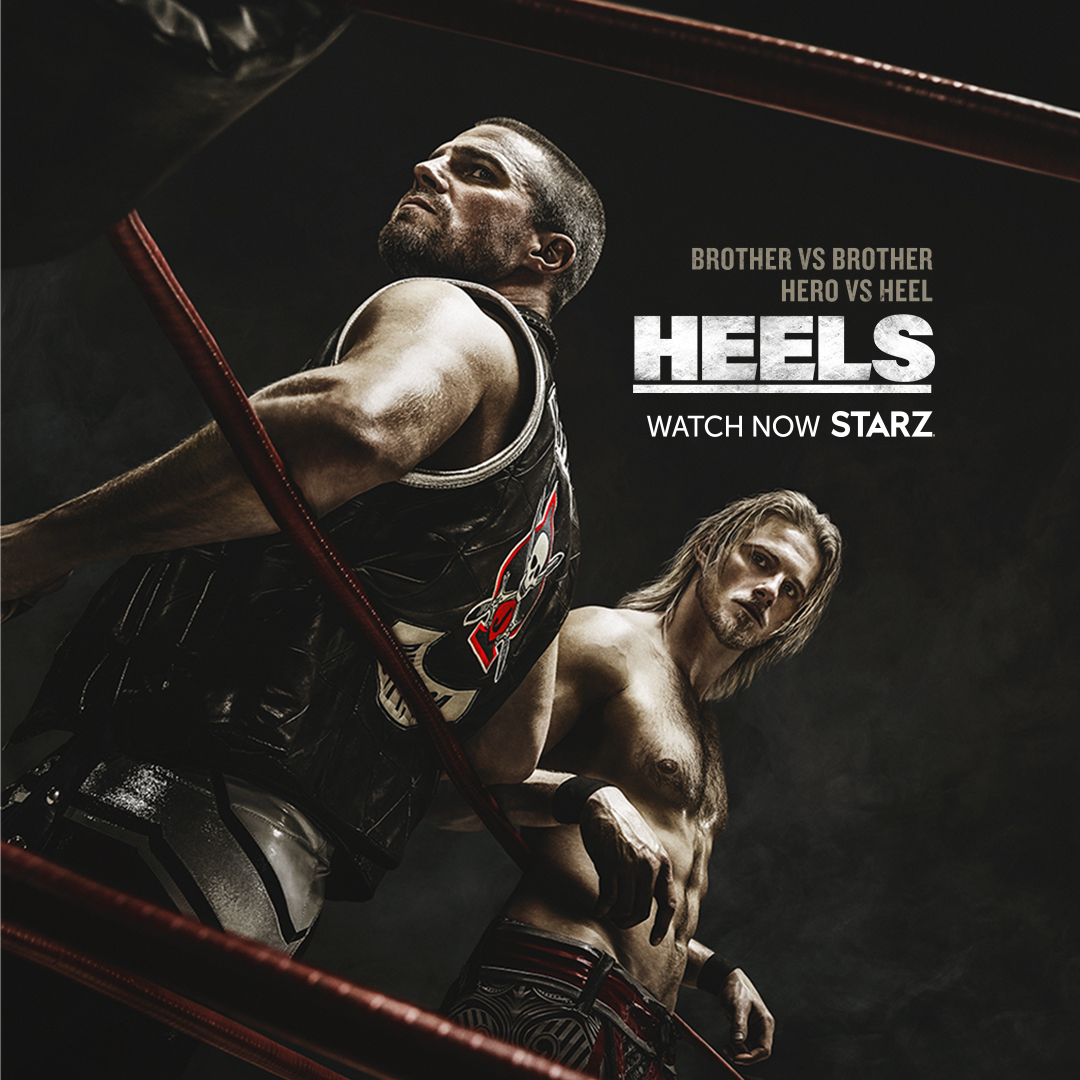 Episode-5, Now Streaming:
After a house fire forces Jack and his family to move in with Carol and Ace, the two brothers put their differences aside and their heads together to generate a DWL promo to further grow the league's fan base.

RAISING KANAN - The best series for you to watch on the STARZ App! 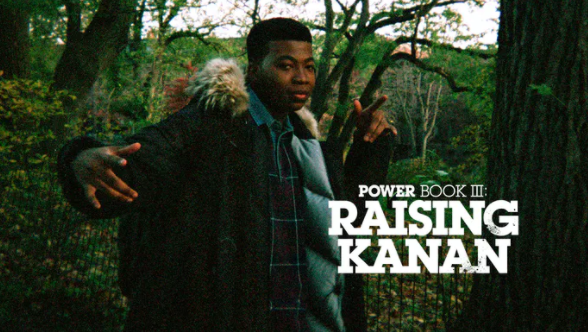 Kanan and Marvin's side hustle goes awry. Raq seeks revenge for the attack on Scrappy. Jukebox suffers a devastating blow.

THE DECEIVED - Binge watch the series 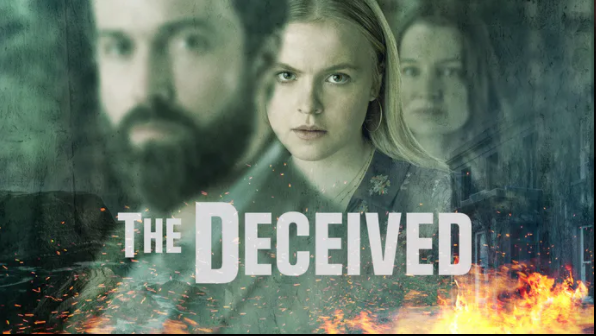 EP-104 Plot:
Ophelia tries desperately to escape Knockdara as the truth about Roisin finally breaks through the lies spun between Cambridge and Ireland.

THE DECIEVED ON STARZ

Blindspotting centers on Ashley, who is living in Oakland until her partner and father of their son, is incarcerated, leaving her to navigate an existential crisis. 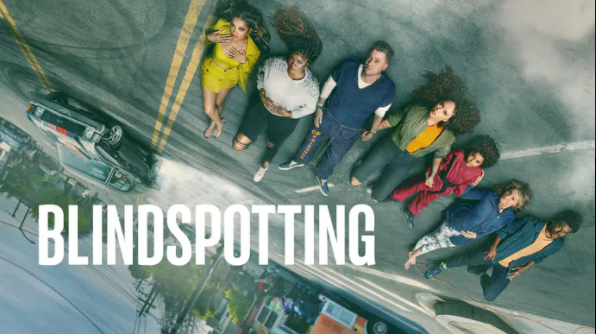 Bride or Die - EP-108 Plot: Sundays, 9/8 PM ET/PT.
Ashley brings the whole family to visitation to see Miles. Earl starts his first day of work at the ports but is hit with red light special. The best series for you to watch on the STARZ App!

THE BEST NEW MOVIES ON STARZ

STARZ has released their full September 2021 movie and TV titles that will be available on the Starz App.

The September 2021 schedule for new STARZ titles has tons of notable release dates lined up. All of the best titles are blowing up, so make sure to check out wonderful movies and shows both old and new.

Old: Out of Time  Matt Lee Whitlock (Denzel Washington) is the police chief of a small Florida town, going through a divorce with his detective wife, Alex (Eva Mendes). He begins a passionate affair with Ann (Sanaa Lathan), only to find out that she's stricken with terminal cancer. Matt steals a large sum of money confiscated from a drug bust in order to pay for Ann's treatment -- but when she apparently dies in a suspicious fire, the money disappears, and all the clues point to Matt as the culprit.

2020 drama film The Father. Florian Zeller’s film takes us on a journey through the struggles of both having dementia and caring for a loved one who has it. Incomprehensible lapses in time set the pacing for this movie as Anthony, played by Anthony Hopkins, grows more confused with age.

His daughter Anne does her best to care for him, but as he doubts his own memory, his frustration grows. Frequent changes in scenery and faces lend well to the character’s frame of mind and make it a devastatingly beautiful film, and it’s new on Starz this September.

Resisting the idea that there are no masters in the South worthy of challenging him, Ip is elected to represent the region. Tony Chiu-Wai Leung (Shang Chi and the Legend of the Ten Rings) stars as the legendary Ip Man, but the film’s real show-stealer is Ziyi Zhang playing Gong’s daughter.

Los Angeles Police Department detective Russell Poole has spent years trying to solve his biggest case the murders of The Notorious B.I.G. and Tupac Shakur -- but after two decades, the investigation remains open. Jack Jackson, a reporter desperate to save his reputation and career, is determined to find out why. In search of the truth, the two team up and unravel a growing web of institutional corruption and lies.

STARZ Original Heels coming to the platform in the next few weeks. Plus, there will be more episodes of STARZ Original series Power Book III: Raising Kanan, Blindspotting, and The Deceived, and big-name movies that you’ll be wanting to watch as soon as they hit STARZ this month.

Looking for what to watch right now, turn to the best and newest STARZ titles streaming this month.

Watch on STARZ this month? Here’s the full list of new STARZ movies and shows streaming in September 2021:

New Series on Starz this September

Top Series of the Week - Run The World

Take it back to 1991 Southside Jamaica, Queens for the next chapter in the Power Universe. Raising Kanan.

THIS AUGUST ON STARZ

A United Nations military team falls into a portal to an alternate world, where hunters fight giant monsters. Two groups work together to defend the portal, thwarting monsters from entering and invading Earth.

An unstoppable reanimated soldier embarks on a mission to recover his true memories.

Blumhouse presents a horror adaptation of the popular 1970s TV show about a magical island resort. Special Unrated version, not seen in theaters!

A group of high school girls form a close-knit coven of witches. A sequel to the 1996 film, 'The Craft'

A US Marine infiltrates a terrorist group to save his wife who is being held hostage for ransom.

Watch Beneath Us Online

Undocumented workers are lured into a wealthy woman's home with the promise of work, only to discover the terrifying fate she has in store for them.

A house is cursed by a vengeful ghost that dooms those who enter it with a violent death.

A New York journalist who gets assigned the story of a missing young girl, risks his career and takes the matter into his own hands trying to find her.

HIT ORIGINAL SERIES AND THOUSANDS OF MOVIES AT YOUR FINGERTIPS

The STARZ 2021 schedule for new movies and shows has tons of notable release dates lined up.

STARZ (Start Your Free Trial) has announced the movie and TV titles coming to the service in May 2021. The Starz May lineup includes the return of the hit

STARZ Original series RUN THE WORLD on Sunday, May 16th at 8 PM ET/PT.

In addition, catch the new the new episode of THE GIRLFRIEND EXPERIENCE Sunday.

Viewers will also be able to watch binge-a-thons of STARZ Originals Outlander, Power and hit movies including Elf, For Colored Girls, Godzilla and Deep Impact. Families can also enjoy movies on the STARZ app such as Prancer (1989), Scoot and Kassie’s Christmas Adventure, Buttons: A Christmas Tale, Frozen, and more.

THIS WEEK ON STARZ

There are some family-friendly titles worth watching this season, as well as more episodes of STARZ.

STARZ HIT ORIGINAL SERIES AND THOUSANDS OF MOVIES AT YOUR FINGERTIPS

There's much to see here. So, take your time, look around, and learn all there is to know about STARZ.

STARZ - Unlimited HD streaming and downloads. Stream on up to 4 screens at the same time or download directly to your device to watch anywhere.  Watch live video streaming services.

Log In To STARZ. Enter the email you used to sign up for STARZ. Get full access to STARZ Movies, Series - STARZ:  Outlander, Power, American Gods, Black Sails, The White Queen, The White Princess, Sweetbiter, Magic City and Spartacus

Obsessable Original Series And Hit Movies. Get access to your shows and movies.

Download the STARZ - App on Google Play or   STARZ - App on the Apple Store
Designed to be the ultimate fan experience, the STARZ App lets you download full movies and shows and watch them off-line, anytime, anywhere.

Season 5 of Outlander finds the Frasers fighting for their family and the home they have forged on Fraser's Ridge. Jamie must find a way to defend all that he has created in America and to protect those who look to him for leadership and protection - while hiding his personal relationship with Murtagh Fitzgibbons, the man whom Governor William Tryon has ordered him to hunt down and kill. #outlander

Looking for Internet Service in your are?

We're SOMDWISP: the #1 broadband marketplace in the U.S. Join the tens of millions of people who trust us to search, compare and order internet and TV service for their homes.

It's quick, easy and best of all, free.